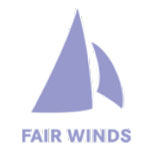 Curvy Girl Sex is here to show you that regardless of size, shape, or flexibility you CAN get creative and have satisfying, sultry, sensual sex!

Sex educator Elle Chase covers sex positions from basic to advanced catering to your big, beautiful body. Your guide to embracing your sexy self and having brilliant, bountiful, bodacious sex! Who says you have to be a size 6 to have the best sex of your life? Curvy Girl Sex is here to show you that regardless of size, shape, or flexibility you CAN get creative and have satisfying, sultry, sensual sex!

Sex educator Elle Chase covers sex positions from basic to advanced, specific challenges faced as plus-sized lovers, and precise tips, tricks and techniques that cater to your big, beautiful body. You'll learn about sex toys on the market that are best for a woman of size, the one item in everyone's home that's just waiting to be used to make sex better, tried and tested methods, positions, and "sex hacks". 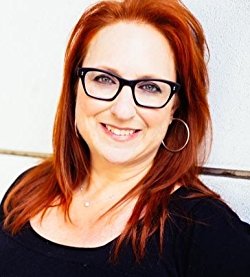 Sex educator and sexuality, intimacy and body image coach Elle Chase, is a graduate of the comprehensive San Francisco Sex Information, Sex Educator Training Program (SFSI.org) and a member of the American College of Sexologists and the International Society for the Study of Women's Sexual Health.

A singular voice in the sexual health community as well as a powerful body acceptance advocate, Elle is consistently sought after as an expert for such media outlets as; THE TODAY SHOW on NBC, TODAY Parents, Glamour, HuffPostLIVE, The Daily Beast, Cosmo.com, The Huffington Post, Men's Health, Women's Health UK, Salon.com, Buzzfeed, Flare Magazine, Bustle, Prevention and The Toronto Sun and has been a guest on highly rated podcasts such as; Tristan Taormino’s 'Sex Out Loud,' Sex with Emily, Nerdist Industries: Sex Nerd Sandra Podcast, and Playboy Radio.  Additionally, Elle, along with the legendary Candida Royalle, is one of three women featured in the 2014 CBC Documentary Channel original documentary called ’Inside Her Sex,' which explores the intersection of female sexuality and shame.

Also a writer focusing on sex, relationships, intimacy and body image, Elle's work has appeared in/on: The Huffington Post, Kinkly.com, Gasm.org, The Frisky, DatingAdvice.com and Sexpert.com among others. Her writing has appeared in the best-selling erotica anthology “The Big Book of Orgasms” (as Lady Cheeky) edited by Rachel Kramer Bussel and in “Curvy Girl Sex: 101 Body-Positive Positions to Empower Your Sex Life” from Fair Winds Press due out January 2017.

Elle serves as the Director of Education & Lead Sex Educator at the Los Angeles Academy of Sex Education, which offers pleasure-inclusive classes, on sexuality, gender, sexual health and sexual lifestyles. She is also the author of the upcoming book; Curvy Girl Sex: 101 Body-Positive Positions to Empower your Sex Life, due out in January 2017 from Fair Winds Press, and as her alter ego "Lady Cheeky", is the editor of the smash hit (very) adult coloring book, the #NSFW Totally Naughty Coloring Book by SheVibe.com.

When she’s not writing or teaching in her hometown of Los Angeles, Elle speaks at colleges, universities, professional conferences and private events on all things sex. Most recently she has spoken at UCLA, USC and Emerson College and has participated in panels and presented at academic sexuality conferences such as; CatalystCon, Woodhull Sexual Freedom Summit, and the 46th Annual AASECT Conference and will be presenting at 'Sex Down South' in October 2016. For more information, please visit: www.ElleChase.com

The It Collection The Perfect Pleasure Cushion Toy Mount